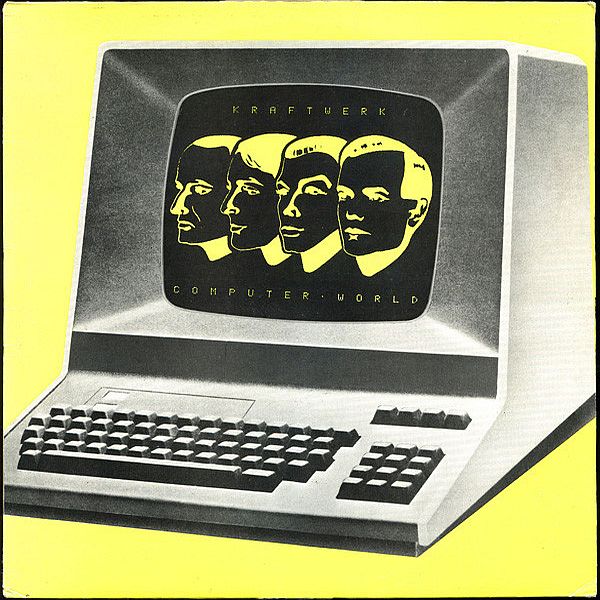 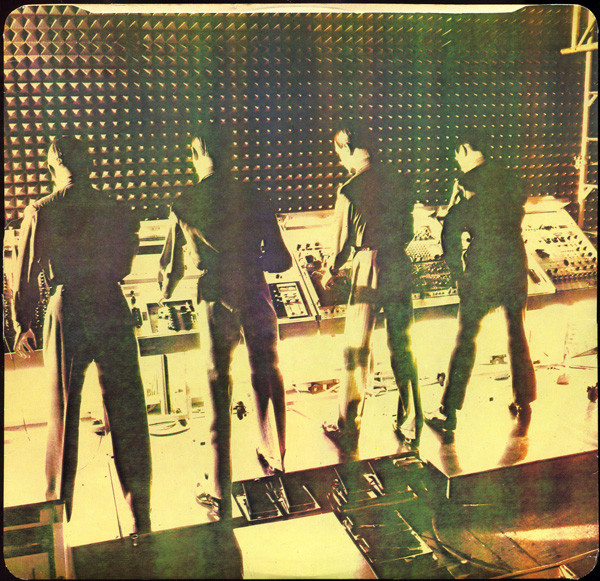 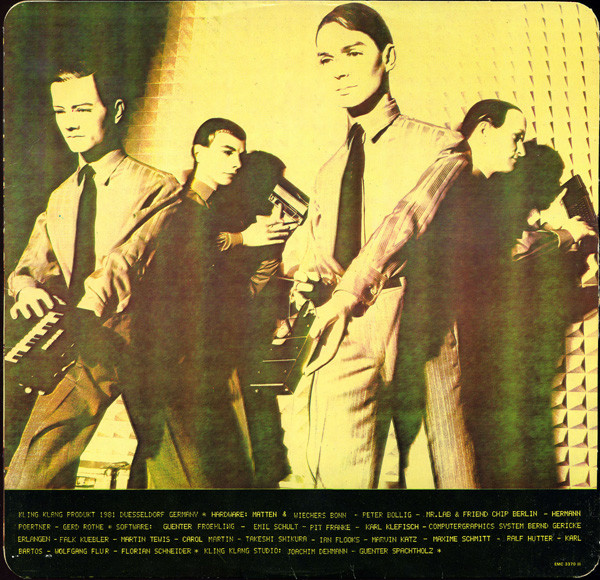 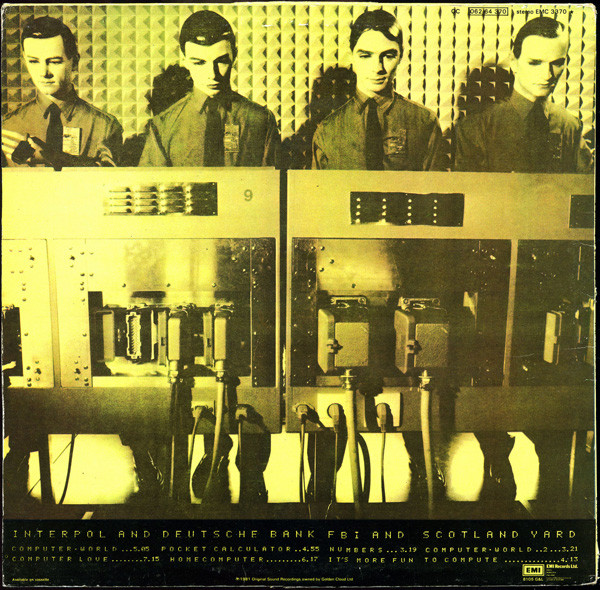 After a ‘disappearance’ of 3 years Kraftwerk emerge with an all new, portable studio ‘Kling Klang’.  “We live in a computer world, so we are making a song about it.” With typically obscure candour, Ralf Hutter chose these words to explain the impetus behind Kraftwerk’s 1981 album Computer World. At just 33 minutes, the most efficient conceptual statement in their catalogue. The album deals with the themes of the rise of computers within society.  As was the case with the two previous albums, Computer World was released in both German- and English-language editions.

The cover is probably a stylized Hazeltine 1500 which was just a cursor-addressable ASCII terminal and not a computer.

‘Planet Rock’ was still a year away but the increasing affordability of synthesisers and drum machines meant that Computer World marks the point at which Kraftwerk’s influence was beginning heard across a whole swathe of popular music, especially in the cresting wave of synthpop and New Romantic acts. While Kraftwerk would soon become fazed by this challenge to their technological superiority, at this moment in time they gracefully rose above their competitors with a breath taking sequence of incredible rhythms and their most touching electronic love song to date.

Chris Martin (Coldplay) wrote a personal letter to Ralf Hutter and Florian Schneider asking for permission to use the melody of Computer Love for his song ‘Talk’. It’s plain to see why: it’s a sublime mixture of the hip-grabbing and tear-jerking. Lyrically, “Another lonely night/ Stare at the TV screen/I don’t know what to do/I need a rendezvous” must rank as the emotionally rawest stanza Kraftwerk ever sang (not a particularly tough category in which to dominate, admittedly), and it’s one that adds further depth to the band’s investigations into the complex links forming between humanity and the technology it has created.

On the prophetic button once again, Hutter’s line “By pressing down a special key/It plays a little melody” in Pocket Calculator forecasts the availability of technology that would see the term ‘bedroom producer’ join the lexicon.

In keeping with the album’s concept, Kraftwerk showcased their music on an ambitious world tour and issued several different versions of the single “Pocket Calculator” in different languages: namely, German (“Taschenrechner”), French (“Mini Calculateur”) and Japanese (“Dentaku”, or 電卓). A fifth version, in Italian (“Mini Calcolatore”), was lip-synched to on Italian television in 1981.