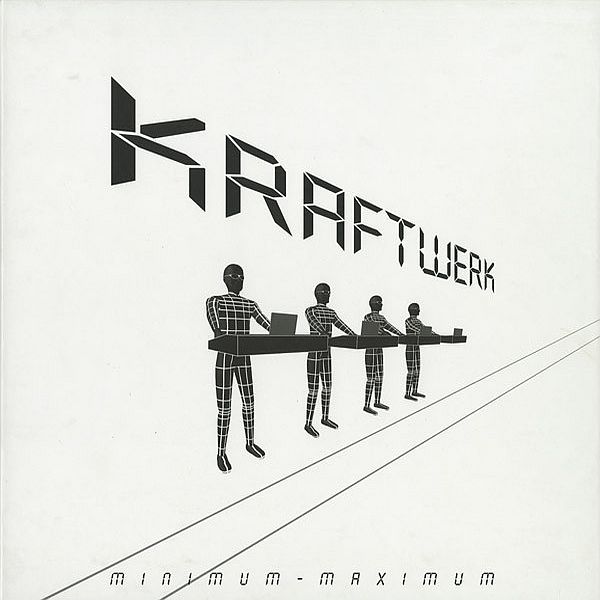 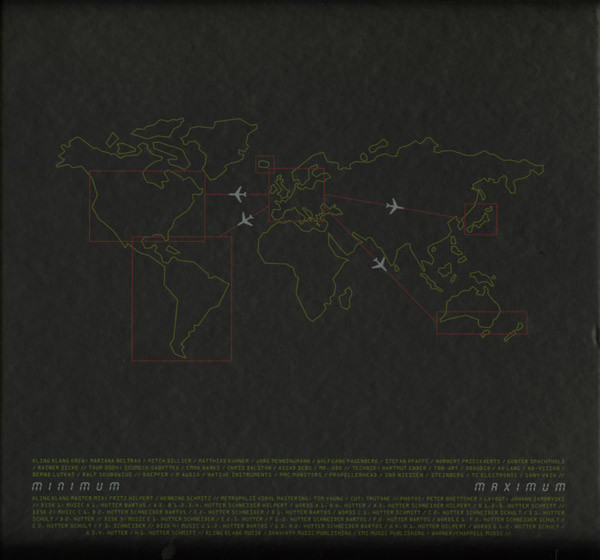 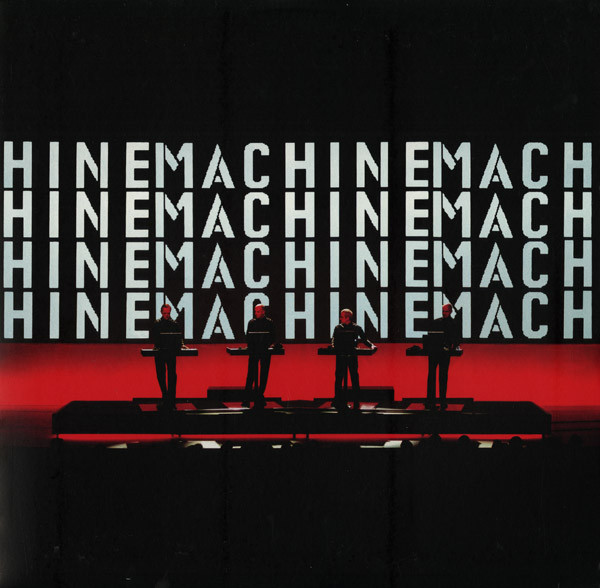 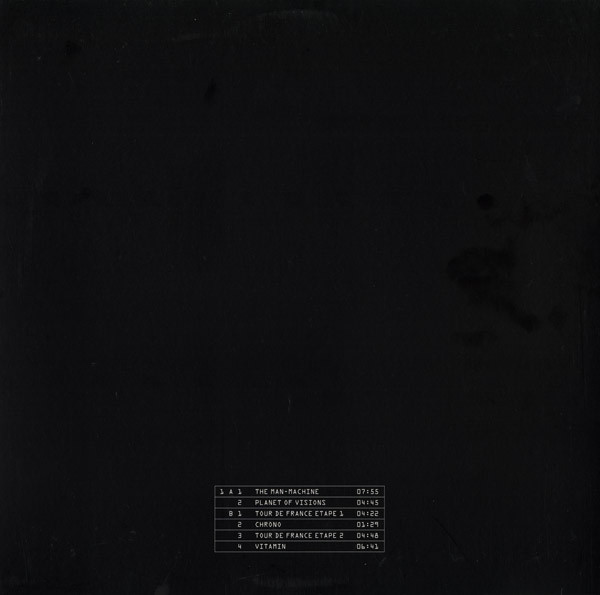 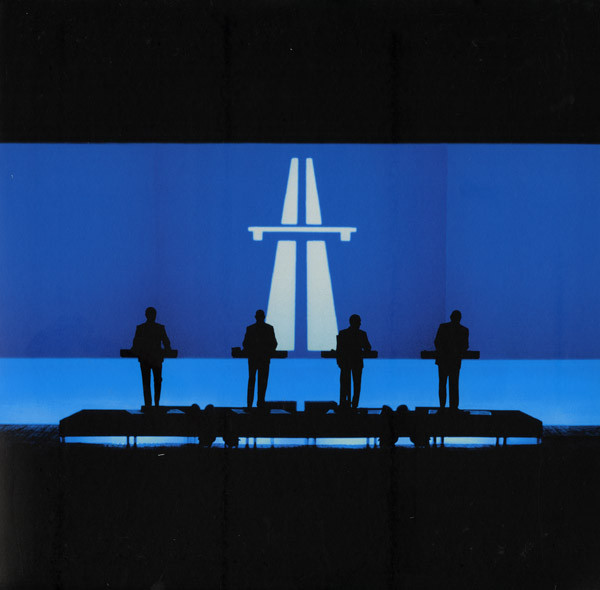 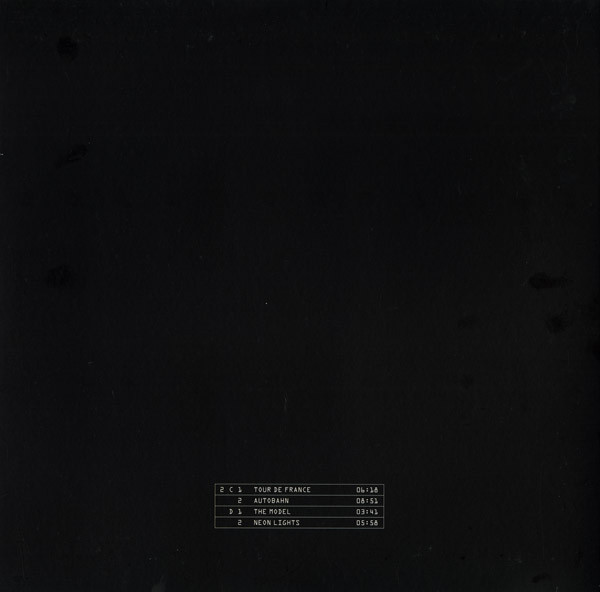 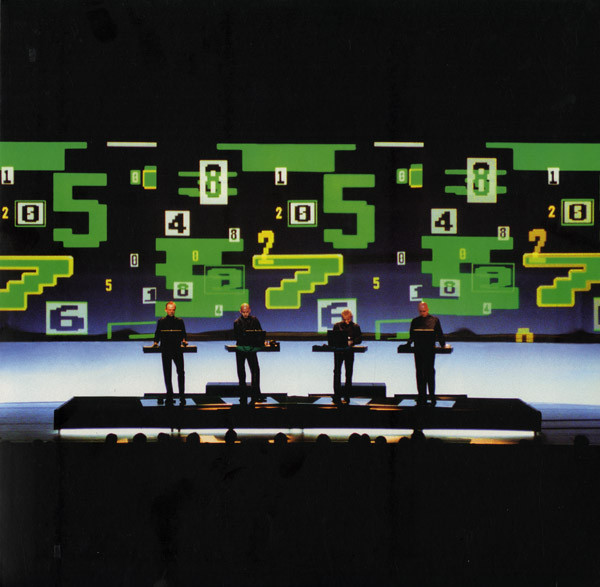 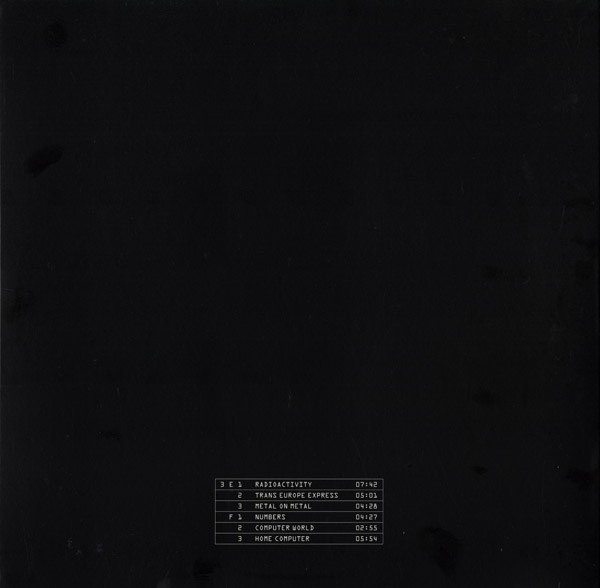 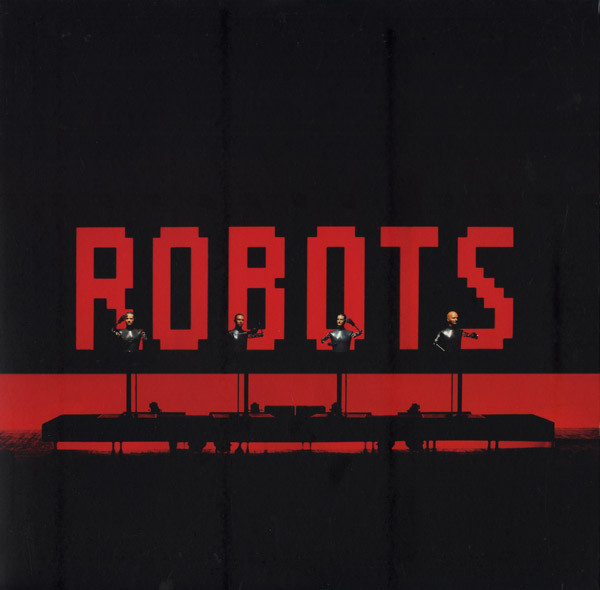 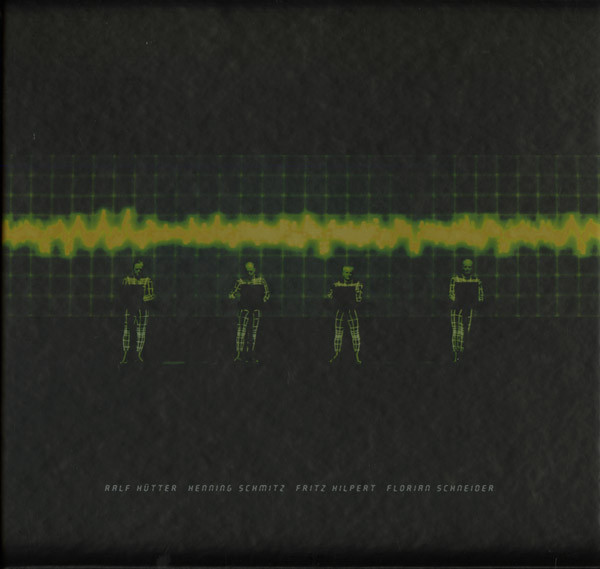 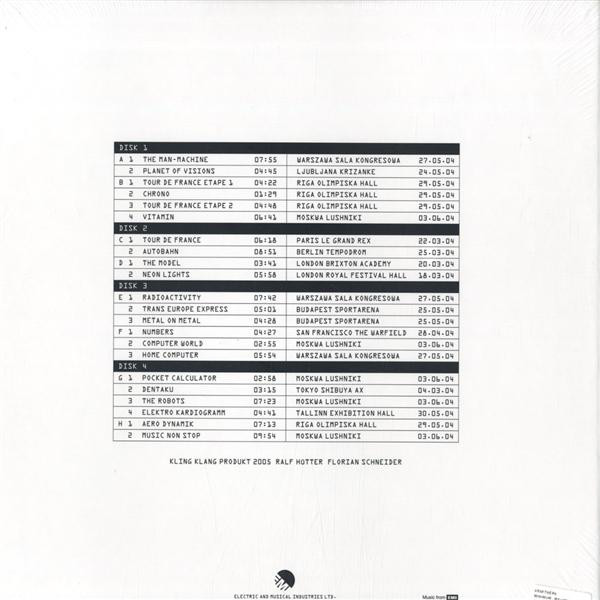 For the first time a Live LP, roughly 35 years after their first concert, Kraftwerk release their first live album. It features two CDs of tracks recorded on their world tour during 2004, including concerts in Warsaw, Moscow, Berlin, London, Budapest, Tallinn, Riga, Tokyo and San Francisco.

Like several of their previous studio albums “Minimum Maximum” was released in two version, in German and in English. The album was also releaed as a double DVD set too.

The vocoder spoken text of  “Sellafield 2” at the start of “Radioactivity” is included for the first time on the disks. The intro vocoder text before “The Man-Machine” is included only on the DVD release.

As you would expect from a band as clockwork tight and renowned for perfectionism as Kraftwerk, the quality of sound and precision of delivery is so spot-on as to be worthy of a studio recording. However, “Minimum Maximum” does have the taste of a live recording, and not just in the compulsory howls of audience approval before songs. It’s in the feel of the sound: Kraftwerk, normally so clipped and distant, here feel more expansive, bringing to mind the strange feel dance music often has of being on the one hand cold, alien and untouchable and yet at the same time able to engulf you and get right under your skin. Their live sound makes the hairs stand on end in a different, more primal way than that of their records, making for the spinal cord rather than the frontal lobes and managing to do so without losing an ounce of the band’s cleanliness and rigidity of sound. It could just as easily introduce someone new to the band’s music as it could sit in an established fan’s obsessively comprehensive collection.

“Minimum-Maximum” has 22 tracks from various Kraftwerk shows throughout 2004, collecting all the classics in versions that waver between faithful retreads and rebuffed updates. “The Man-Machine” opens with a wry vocoder gurgle, before tiny mechanized clicks and deceptively complex synthesizer figures assume their places in a line that stays straight to crooked ends. The Detroit techno adage about Kraftwerk being “so stiff they were funky” has become a big part of the group’s legend, but that funk also comes from lots of blank space. The short staccato blasts of rhythm in “Trans-Europe Express” mimic the sounds of the title train, but they also hint at the silence they supplant.

You could ask if it’s entirely fitting that a band who once seemed so forward-looking they made their UK TV debut not on Top of the Pops but Tomorrow’s World now appear consumed by their past; Hütter seems less interested in making new music than in curating their back catalogue via grand live spectacles. But the quality of the music is beyond question, the spectacles are genuinely spectacular: somehow, in a world packed with heritage acts playing their back catalogues, Kraftwerk still feel unique.