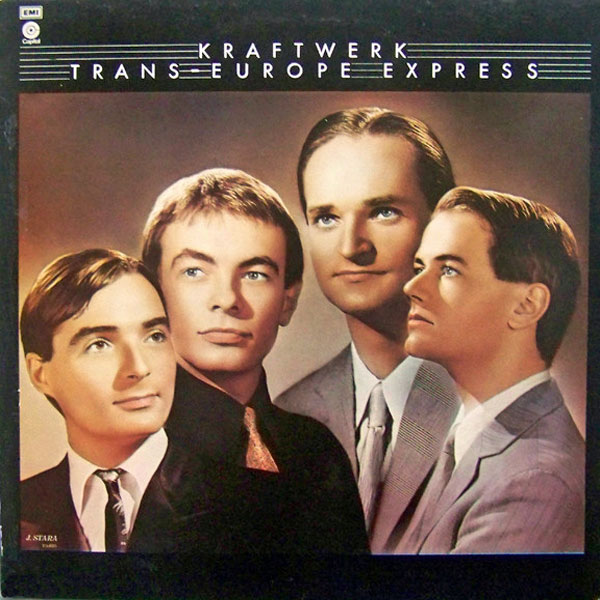 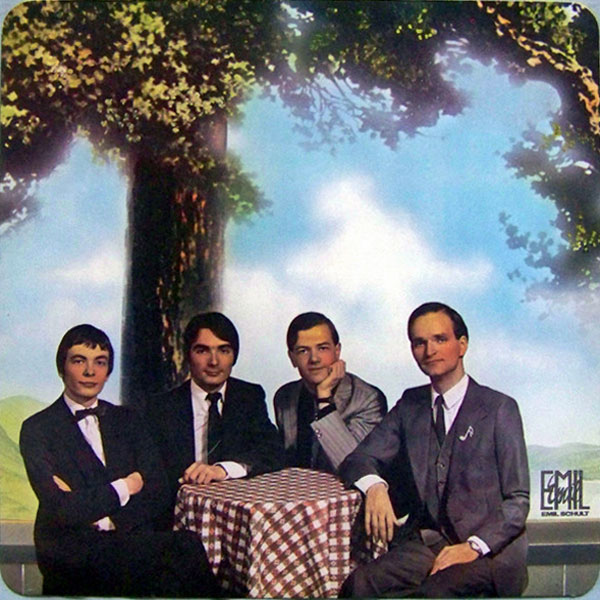 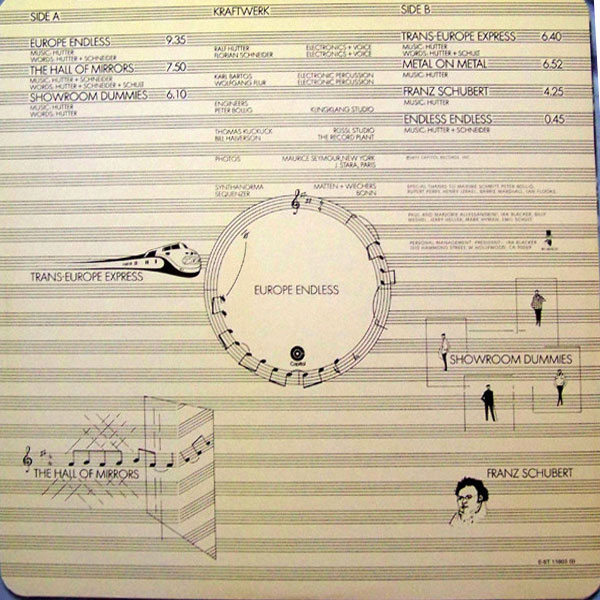 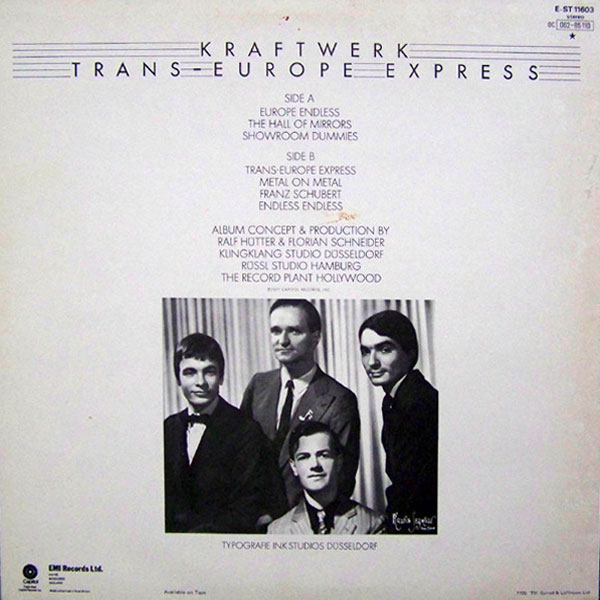 A LP that was to be the turning point in music history several years later when Africa Bambata took the title track and transformed it in Planet Rock.

The follow-up to Autobahn, Radio-Activity, had been met with slight bemusement and greatly reduced success. Trans-Europe Express could be seen as a make or break record. The pressure was on, and so, Kraftwerk had to respond. And they did!

The album has been seen by many as having two themes. One, a celebration of Europe and the other then disparities between reality and image. Musically the songs focus on electronic mechanized rhythms, minimalism, and occasionally manipulated vocals. Two singles were released from Trans-Europe Express: “Trans-Europe Express” and “Showroom Dummies”. In 2014, the LA Times called it “the most important pop album of the last 40 years.” Ralf Hutter and Florian Schneider met with musicians David Bowie and Iggy Pop prior to the recording which influenced song lyrics. Maxime Schmitt (Capitol Records’ label manager at Pathé Marconi EMI. He was given the job of promoting Kraftwerk to the French public. He soon became a close friend of the group as well as an advisor and collaborator)  encouraged the group to record a French language version of the song “Showroom Dummies” which led the group to later record several songs in French.

In the late 1970s, the album influenced post-punk band Joy Division as bassist Peter Hook related it: “We were introduced to Kraftwerk by [singer] Ian Curtis, who insisted we play Trans Europe Express before we went on stage every time. The tape was played at the venue over the PA system, to be heard by everyone. The first time was Pips [a Manchester club well known for its ‘Bowie Room’]. Ian got thrown out for kicking glass around the dance floor in time to the track. It took us ages of pleading to get him back in.” Drummer Stephen Morris also confirmed that Joy Division “used to play Trans-Europe Express before we went on stage, to get us into the zone. It worked because it gets up a lot of momentum. Trans-Europe Express just seemed to express an optimism – even if people see it as machine music”. Morris also said: “It reminds me of Cabaret, the film, with all of the 1920s singing. […] When you get that marriage between humans and machines, and you get it right, it’s fantastic. I have to say it’s my favourite Kraftwerk album.”